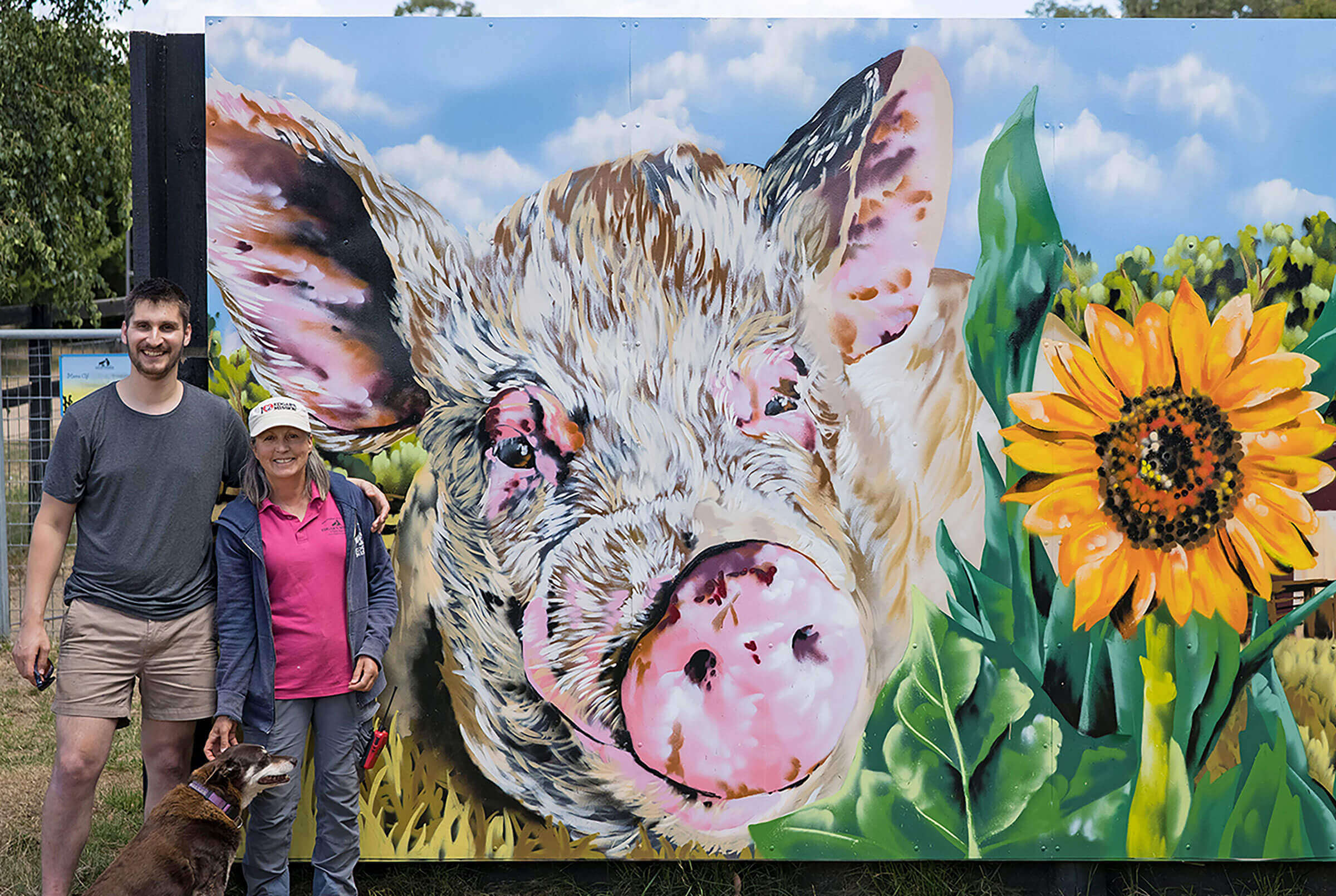 Edgar's Mission is a not for profit animal sanctuary and rescue located in Lancefield, Victoria.  Edgars Mission was founded by Pam Ahern and opened in 2003 when she was working with Animals Australia on the 'Save Babe Campaign,' which was aimed at shining a spotlight on animal welfare conditions for pigs & factory farming. As part of the campaign, Hollywood actor James Cromwell, who played farmer Arthur Hoggett in the hit 1995 movie 'Babe,' was going to participate in a promotional photo shoot which involved leading a piglet up the steps of Parliament House. The piglet chosen for this task was procured from a piggery, a landrace large white cross, who Pam named 'Edgar Alan Pig.' The task of teaching Edgar to walk on a lead was given to Pam, and from that point on, her love for Edgar was born.

A safe, loving place was needed to house Edgar and this acted as a driving force for Pam to create her sanctuary and name it in honour of him. Sadly, Edgar passed away in 2010 at the age of 7. Today, the fantastic team behind Edgar's Mission have saved countless animal lives and work tirelessly to create a kinder world that extends compassion to all living creatures.

This mural is a tribute to the beautiful Edgar. The design primarily used landscape images from the picturesque scenery at Edgar's Mission in the Macedon Ranges. Included in the design on the right hand side is 'Piggy Paradise' which is a large barn used to house many pigs in a safe and caring environment located inside the sanctuary. A vibrant sunflower was added as a symbol of life and hope. Edgar Alan Pig will forever remain in the hearts of Pam and her team of employees and volunteers.

Have an enquiry? Use the form below to get in touch!